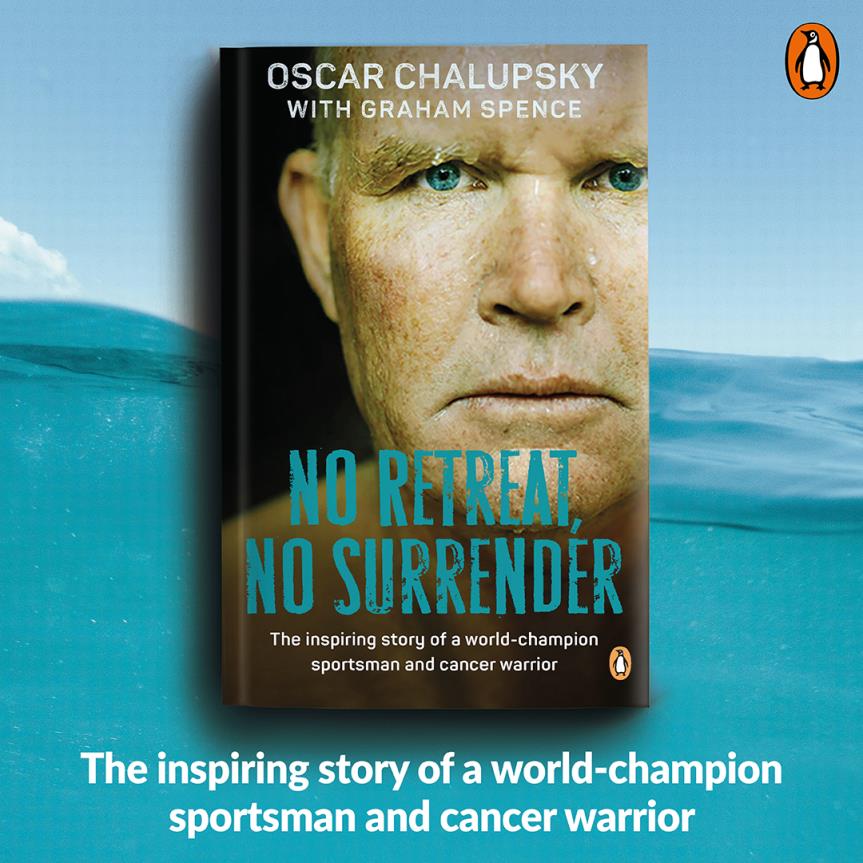 South Africa - Two Copies of No Retreat, No Surrender

The inspiring story of a world-champion sportsman and cancer warrior.

Few athletes hold a record comparable to that of Oscar Chalupsky. He made history at the age of fifteen as the first person to win both the Junior and Senior Ironman titles on the same day at the South African National Lifesaving Championships, he was the country's spokesman at the 1992 Barcelona Olympics, and he is a multiple-times global surfski champion, having won the internationally famous Molokai to Oahu World Surfski Marathon championships in Hawaii a record twelve times his most recent victory being at the age of forty-nine.

Then, in 2019, he was diagnosed with multiple myeloma, an incurable bone marrow cancer and told he had six months to live. But as with everything else Oscar does, he is determined to emerge victorious. He continues to paddle kayaks, play golf, and with a combination of medical treatment, exercise, iron determination and unconquerable optimism, he has defied every doctor's prediction to date.

How does he do it? In this book, Oscar relives some of his most exhilarating and nail-biting races, and shares the lessons he has learnt from winning on the international surf lifesaving, kayak and surfski circuits as well as running several successful businesses.

The final chapters recount his courageous battle against cancer, the vital support of his family and friends, and his refusal to let the deadly disease dictate his life. No Retreat, No Surrender is an uplifting account of grit, perseverance, talent and attitude, vividly capturing the determined mindset of an inspirational sporting legend.